A downloadable game for Windows

Deep Rune is a side-scrolling adventure game that seamlessly blends RPG mechanics and puzzle solving, all set in a mysterious world rooted in Norse mythology. Delve into the depths of an ancient underground ruin in search of the Deep Rune, a long-lost relic that is said to grant one the means to ascend to the legendary High Realm. Along the way, you'll need to strategically manage various items, magic, and stats in order to bypass the terrifying creatures that lurk within. Are you prepared to unveil the true nature of the Deep Rune?

In order to download this game you must purchase it at or above the minimum price of $4.99 USD. Your purchase comes with a Steam key. You will get access to the following files:

I’ve been really enjoying my play through a ton so far. Myth Bearer was great and Deep Rune has been a really cool evolution. Great work! :-)

I’ve hit a point in the game where I cannot tell if I’ve hit a bug or missed some effect on my character. I’ll be vague to try and avoid spoilers. My MP seems to be stuck at 0/0. I’m not sure when it started, but some things I’ve seen change this value no longer seem to. Happy to provide more details in a non-spoilery place!

Check your equipment, you probably have an MP Sealing item equipped.

Ooohhhh!!! Thanks for the tip! I just happened to notice the effect at the same time as some other… significant things happened so I thought it might’ve been related to those instead. :-)

Was a huge fan of Myth Bearer and I was really pleased to see Deep Rune have the same puzzle-y nature even though it's fairly distinct as its own game. I guess Myth Bearer felt more like a tight puzzle with few solutions and Deep Rune feels more like an open-ended puzzle box, which I really like!

I especially liked the absolutely bonkers magic spells you get access to late in the game, like everything that I was struggling to unlock earlier just clicks into place and it's a wonderful feeling.

I really like the puzzle combat of both Myth Bearer and Deep Rune, where enemies aren't exactly a threat as much of an obstacle and trying to figure out which enemies you can take out before the next level up is the entire thing. I think you're really onto something with that. Thanks for making this!

Hello, how can I get my demo saved games loaded into the full version ?

Save data doesn't carry over sadly. Need to start a new save in the full version.

Ok nevermind restarted from sractch. Reached lvl 12 and enjoying the game so far even though I'm not very good at findng secrets.
The "handcrafted" levels are really appreciated while current RPGs are all about lazy procedural.
Thx for the game.
Is it possible to make backup of saved games ?

Yes! You can find your save files in C:\Users\*Username*\AppData\Local\DeepRune

omg this game is soo good

Really enjoyed the demo! It's cool to see lots of Myth Bearer DNA here but in this new setting that adds lots of neat twists! And nice QoL improvements too. I had a great moment of thinking I was stuck and would have to start over but then finding some new paths/tactics and getting all the way through to the demo end! Keep up the good work :)

I really dig the atmosphere and still think this is an interesting sort of game with a lot of potential, but just like the previous one I keep finding myself getting stuck at every turn, with monsters I can't kill blocking every path, and unsure of what I could possibly be doing differently.

Willing to give it another shot after the full release though, keep it up

Yeah, I'd say it's more forgiving than Myth Bearer, but still has a bit of a learning curve. My advice is to try starting as the Thief or Explorer - they're both quite strong early on.

What a great looking game!

A really quality demo here.  Love the game loop and the UI!  I died a bunch, got stronger, killed more shiz!!  Great work!

Glad you enjoyed it, thanks for playing! 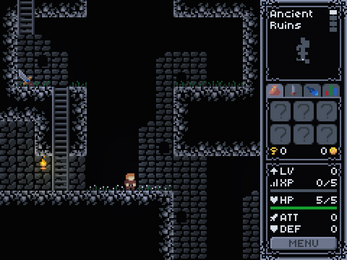 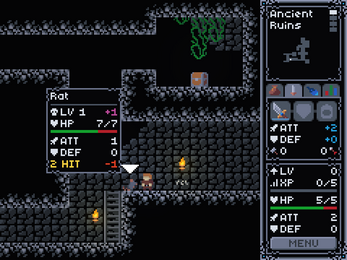 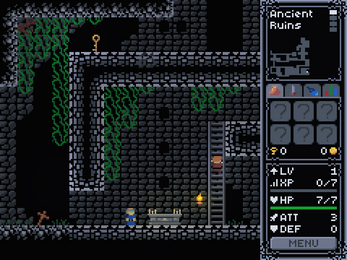 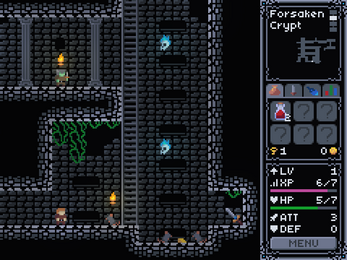 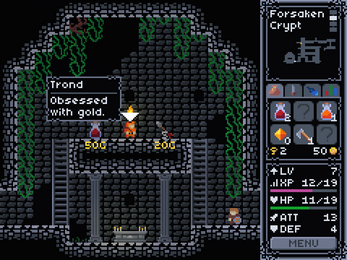 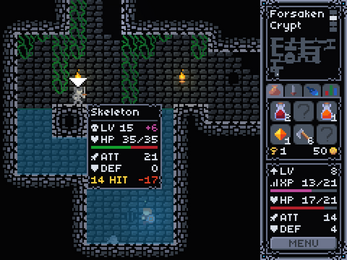