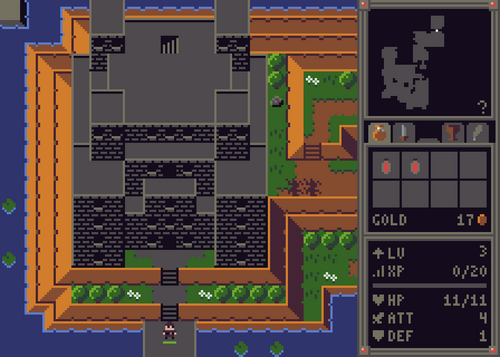 Now that mapping of the overworld is wrapping up, I'm starting to map out the remaining content of the game! A few locations situated below the world of Myth Bearer include a sewer system, a mine, and a mysterious ancient labyrinth. There also lies "Zor's Tower" to the north, where tough enemies are said to guard a rare treasure, what could that treasure be?